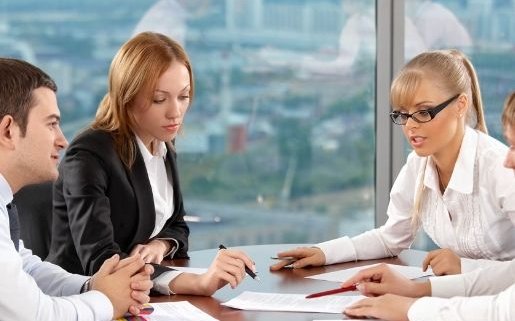 Leadership has long been recognized as a key factor for success in life. Success in business, family life, sport and as individuals involves successfully leading ourselves and others.

In the 1980’s business changes demanded a more involved type of employee, a follower that would be more active, offer individual initiative, and create a competitive edge. The old style of mindless following was no longer effective. The effective follower is not a mindless follower, they are mindful of the agreed needs and direction, they use independence and initiative to ”give” more, they lead themselves. The new style follower leads their own following. The new style follower also needs to be a new style leader. T lead this new style of follower a new style of leadership was required.

The new style of effective leader will skillfully follow the followers, changing how they lead in response to their reactions and to their needs. To lead effectively you need to follow. The new style leader also needs to lead their own leading in order to be more responsive, flexible, and creative.

Systemic Leadership is a part of a larger system of leading and following. In systemic leading there is also a following of those we lead; we adapt what we do to more effectively lead them. We can also improve our effectiveness by efficiently following our own lead as well as following a vision or strategic plan. A systemic understanding highlights the relationships and processes in real situations.

The New Non-Power, Non-Hierarchical Leader-Follower Skills for the 21st Century

In the 25 years since the creation of Systemic Leadership, the world has continued to change. In business there is increasing numbers of “flatter” organisations, many new joint ventures and cooperation between individuals and groups where the old power of hierarchy no longer operates and where there is often no designated leader. To be optimally effective in these new structures new knowledge and skills are required. John McWhirter has continued to apply DBM® to these changes and created new distinctions, models, processes and skills to work effectively both leading and following in these new structures.

One of the major new challenges is how to lead when there is no hierarchy or position of power or designated official leader. There are a number of possibilities for leading in such situations including:

Designated Leader: A temporary takin on of the role of the leader. This requires consensus rather than power.

Diversified Leading: This requires the leading to be spread through a group, a great challenge is the creating of the different components that will guarantee the performing and maintaining of the leading.

Group Leading: This requires skills and processes for a Democratic leadership approach.

There is also a different type of group leading that can be identified in some couples and working partnerships, one that works holistically. This is where the couple lead “as one”, the leader role is not diversified, they are not co-leading, or working on consensus, they are instead operating as a self-leading single unit. We can label this as Auto-Leading: This is a new possibility for leadership training. Auto-Leading is the development of a combined leading ability that is holistic rather that spread or divided among participants. The old emphasis on “ego”, position, and self-importance is an anathema to Auto-Leading. The experience is of being part of something greater.

There are everyday examples of this in a negative form, gangs or crowd behavior, that can be aggressive in ways that none of the individuals would perform on their own. Developing skills in Auto-Leading could help to reduce this risk.

Auto-Leading requires new skills. John McWhirter has created this training to include these new skills modelled through DBM®.

These new leadership skills are not just relevant for businesses and organisations, they are effective in all human interactions. They are particularly effective for couples, families and also for Self-Leading.

Working in non-power based, non-hierarchical structures requires different skills for organising the flexible and often multiple roles for leading and following. Where there is no fixed “Leader”, leading can often be missing or confusing. Being able to move flexibly between leading and following is a new skill for many people. Being able to contribute to a diversified leader role, contributed to by a number of people is a new skill and runs counter to many traditional approaches. Indeed, strong hierarchical leaders find this very challenging disempowering.

This training will include a comprehensive skills training in:

This site uses cookies. By continuing to browse the site, you are agreeing to our use of cookies.

We may request cookies to be set on your device. We use cookies to let us know when you visit our websites, how you interact with us, to enrich your user experience, and to customize your relationship with our website.

Click on the different category headings to find out more. You can also change some of your preferences. Note that blocking some types of cookies may impact your experience on our websites and the services we are able to offer.

These cookies are strictly necessary to provide you with services available through our website and to use some of its features.

Because these cookies are strictly necessary to deliver the website, you cannot refuse them without impacting how our site functions. You can block or delete them by changing your browser settings and force blocking all cookies on this website.

These cookies collect information that is used either in aggregate form to help us understand how our website is being used or how effective our marketing campaigns are, or to help us customize our website and application for you in order to enhance your experience.

If you do not want that we track your visist to our site you can disable tracking in your browser here:

We also use different external services like Google Webfonts, Google Maps and external Video providers. Since these providers may collect personal data like your IP address we allow you to block them here. Please be aware that this might heavily reduce the functionality and appearance of our site. Changes will take effect once you reload the page.